Today’s after church lunch at Culver’s, a fairly regular event, was quite amusing – to us and those observing us.  For some reason Shannie often cries when we arrive somewhere other than home until she settles in and decides to stop – generally 5 – 10 min. tops.  Today she was pushing 10 minutes, but finally settled.  That wasn’t the amusing part.

First Ella, Jacob, Christian, Callie and Jacob thought they’d sit at one of the high tables.  So, we grabbed two of them next to each other.  All this time Shannie is crying and people are staring.  Then Callie decided she didn’t want a high table and I convinced her to wait to move after her dad returned from the rest room.  Then we moved and Ella, Jacob and Christian stayed put.  Thankfully before our food arrived Shannie settled in and stopped crying and the staring became less obvious and more furtive, my preferred type of observation.

When the food came everyone settled in some and all was calm.  Pretty soon I noticed Christian was grinning ear to ear and glancing over to the counter gesturing and nodding his head.  Pretty soon he was leaning back with his hands behind his head and adjusting his shirt.  Jacob comes over giggling about how he’s trying to impress some girl.  Christian kept saying, “What? What?”  like – it’s all good, nothing going on here.  We all got the giggles and Ella was rolling her eyes and moving away from him.  It just became hilarious.  I don’t know if the girl said “hi” – she certainly didn’t approach him in any way. 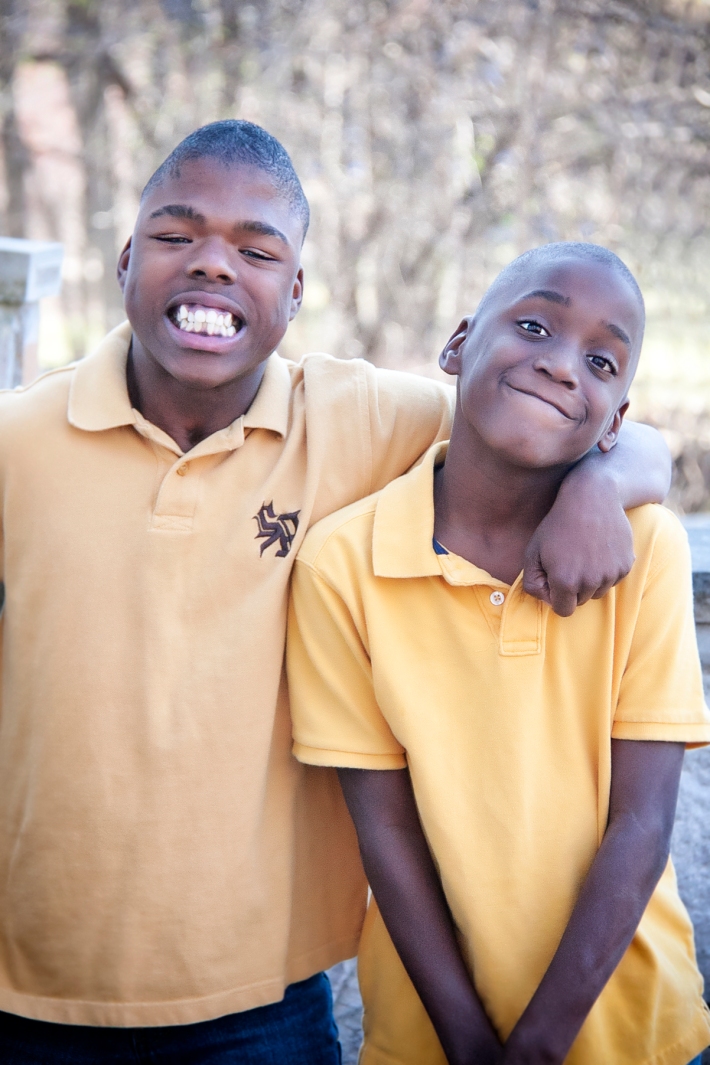 I teased him a bit about it in the van and when he got home he told Jacob she was his girlfriend.  I’m pretty sure that’d be news to her and he didn’t seem to know her name, so that makes it kinda tricky I’m thinking.  It was so funny to watch him attempt to impress her with his somewhat limited flirting skills.  Gotta admit – Christian had more game than a lot of 14 yr. old boys who’d never have the confidence to even look in a pretty girl’s direction.  She may not have given him the time of day, but he still enjoyed every second of the experience.

This site uses Akismet to reduce spam. Learn how your comment data is processed.

I'm the mom to 11 children. I like to write about parenting and grandparenting kids/adults. I am an adopter primarily of those with disabilities. Our daughter Shannon died April of 2015. Life is never quite the same. I have learned so much from my kids about unconditional love. Because of my amazing kids I have learned about mental illness, racism, Down Syndrome, divorce, autism, ADHD, cerebral palsy and medical fragility. I've been married to an incredibly patient man for over 40 years. We are unapologetically steadfast in embracing our kids and their diversity - every bit of it.